It’s hard to believe it’s the start of March already. Whaaaat? I have some cool stuff going on this month, including my husband’s 30th birthday! He’s so laid back and easy going when it comes to birthdays, so he hasn’t asked for anything special for his big day. I think I’ll need to figure out something and sneak it on him!

This month’s tiny journal started with a fire and it kept me going the whole time. The topic: women. My opinions and ideas regarding women have become significantly more political as time has gone on, especially since having two daughters of my own. While this mini art journal itself isn’t very political in its visuals, the motivation behind it is. Feminism gets a bad rap, and I used to believe in that bad rap. In the last year my thoughts have taken a 180, and as of today, I identify as a feminist. And I believe that everyone else should too. I’m not talking about hating men, or thinking women are superior, or any of that crazy talk. I’m talking about my girls being able to make choices in their lives without being held back by their gender.
I could go on, BUT, that’s not my focus today 😉 Instead, here’s this month’s tiny journal to speak to that topic: 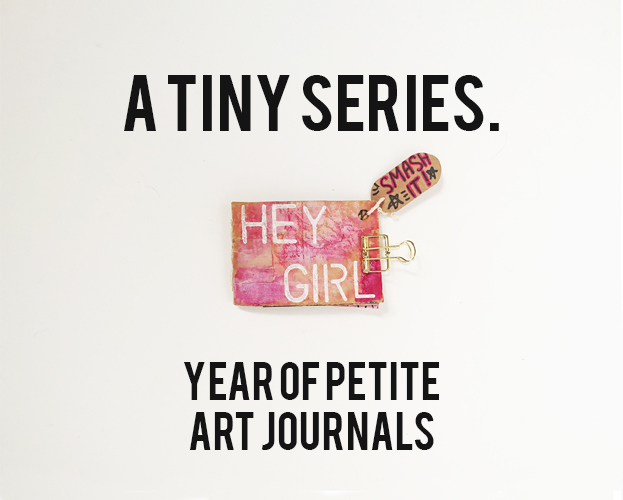 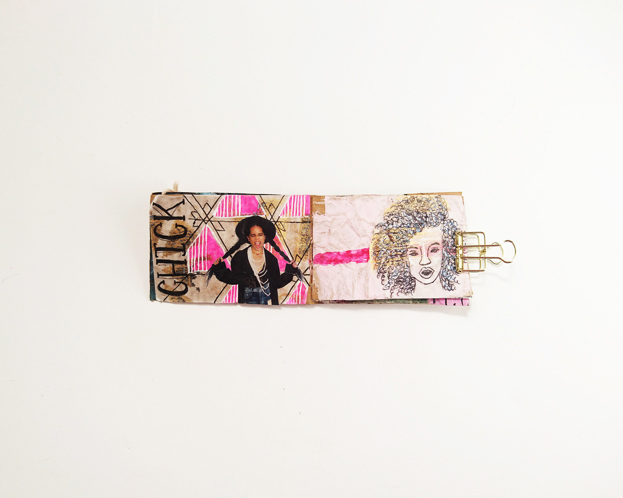 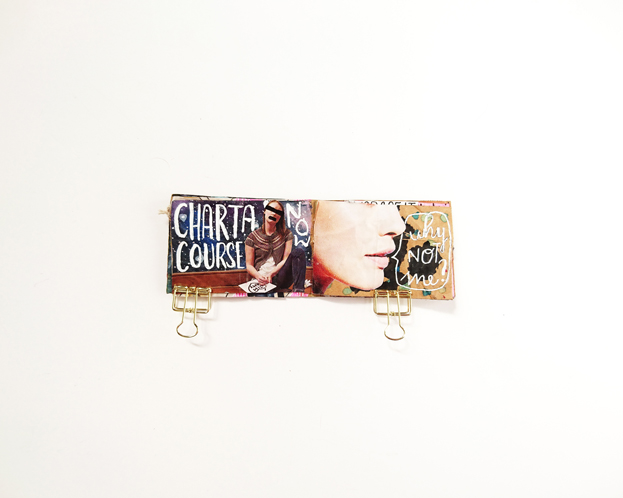 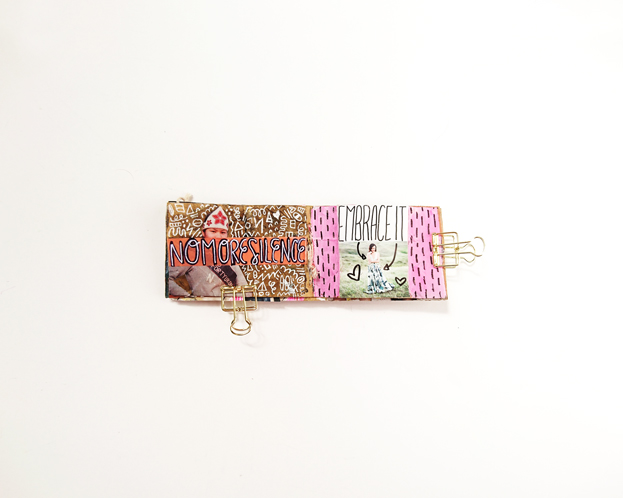 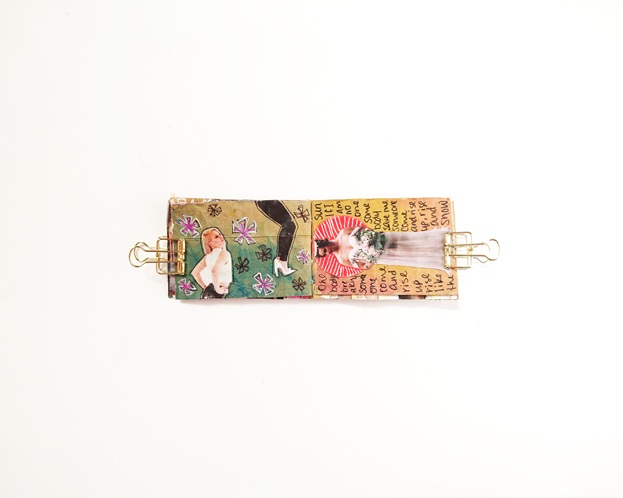 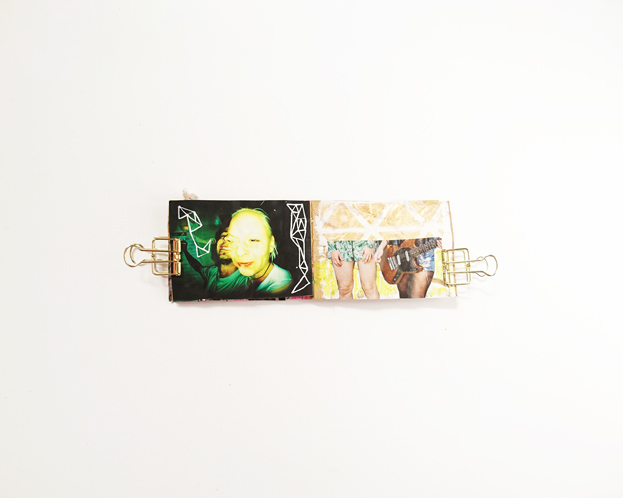 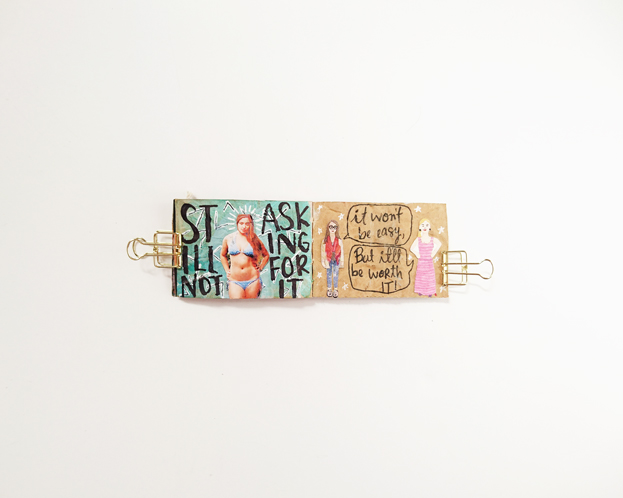 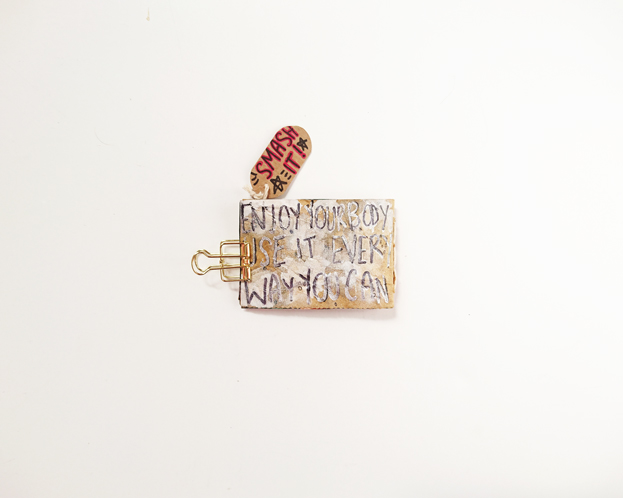